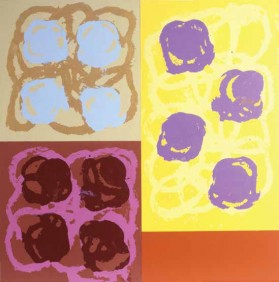 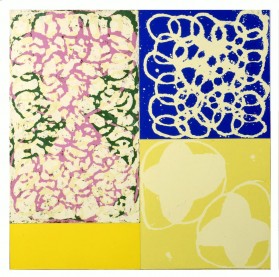 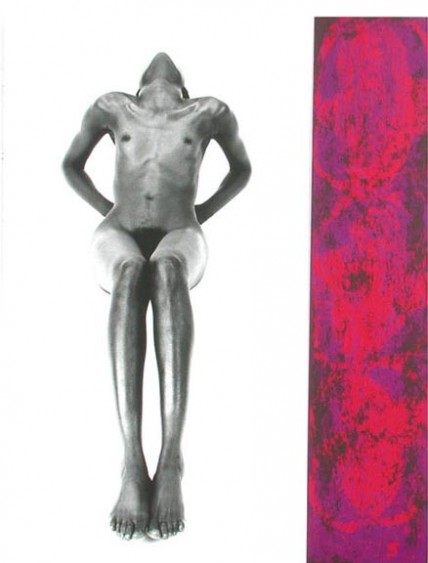 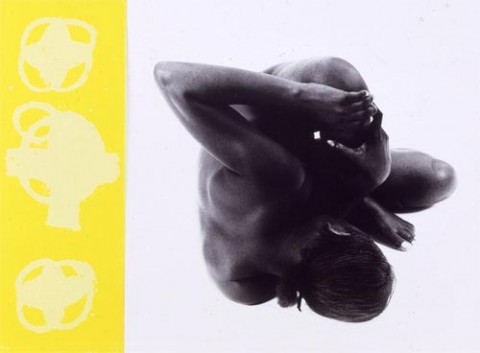 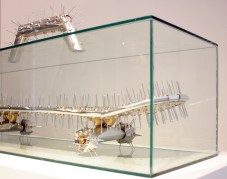 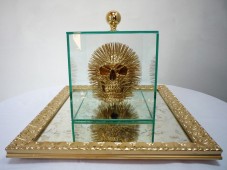 Featuring works by French painter and photographer Jacques Bosser and French sculptor Alcouffe Benoit. Alongside the geometrically divided patterns of his paintings, Jacques combines photography with printmaking to parallel and layer a pure human experience. "I try to get rid of all references to obtain the prime elements and forms we have in ourselves; these are very simple: circles, spirals...they are part of the collective unconsciousness and remind us of a kind of primitive innocence." While his work draws upon his travels in Africa and a fascination for language, they are meant to afford the viewer a unique experience, unfettered by an prematurely imposed context. In this way he means to recreate the described innocence and wonder. The off-kilter quadrants of his paintings, each containing variations of similar forms and colors, actually lend themselves to self-reference, so as to make the viewer compare the pure forms within the work to one another without the need of an exterior meaning. He repeats this effect more concisely in the photograph-print hybrids.

Benoit's sculptures echo the concise aesthetic, but with a tone deviating towards a social critique of object-hood. For instance, by elegantly plating a skateboard in zinc and rivets, Benoit displaces the innate subversion of the skateboard into a paradox of a form without purpose. The board cannot be ridden, it cannot roll, but because of it's transformation into a decadent, untouchable object, it will never be broken. A regular skateboard, or rather, a regular object, is destroyed by it's own capacity to function. At the same time, he describes that the original "...is hidden to better reveal the aesthetic appearance of its forms and lines." Art's deliberate uselessness is surreal in part because it exists to question it's own existence. The same existential drama applies to an individual's societal function. If a dysfunctional object is nameless and beautiful in it's abstraction, then perhaps an individual with no objective purpose can retain beauty as reason enough to live.

Posted in ALL, Exhibitions, NEWS.