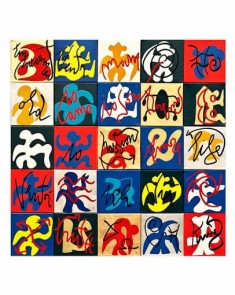 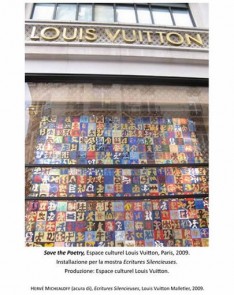 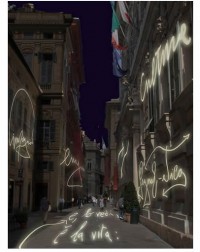 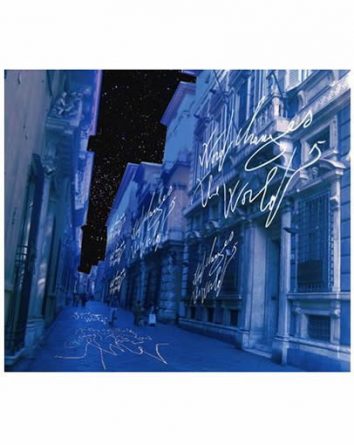 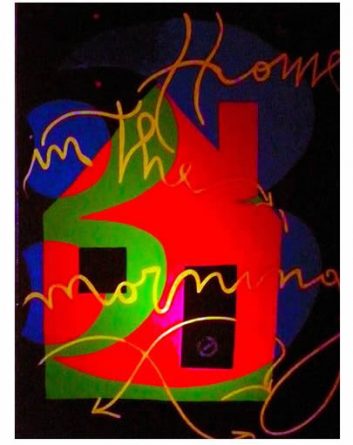 Born Venice 1955, works and lives in Milan and Paris.
MBA in Architecture.
For years Rotelli researched light and the poetic dimension, which Harald Szeemann has defined “an expansion of the artistic contest”.
Rotelli has created a solid relationship between art and other disciplines of knowledge for years. Involving in his research as a consequence, philosophers, musicians, photographers, film directors, but mainly the relationship is between his art and poetry, which has become a constant reference to his work.

1996, the piéce homage to the La Fenice theater, which had been recently destroyed by an arson, presented at Quadriennale di Roma;
2000, the lighting of Petit Palais’ façade in Paris with verses from L’horloge by Baudelaire;
2001, the involvement of one thousand among some of the most important contemporary poets, expression of all the tendencies and all the continents, for the installation “Bunker Poetico”, realized at the 49th Biennale di Arti Visive di Venezia, strongly wanted by Harald Szeemann;
2002, in Carrrara, in occasion of the 11st Biennale di Scultura, the recovery of an abandoned quarry and its transformation in a big marble book, carving poetic verses on its walls;
2002, the great landscape installation “Poetry for Peace” in Seoul in the World Cup Park;
2005, at the 51st Biennale di Arti Visive di Venezia, the recovery of the San Secondo Island, in the Venetian lagoon, with a big light-installation, for which he was awarded the Presidenza della Repubblica silver plate;
2007, the permanent installation for the Living Theatre in New York, wanted by Judith Malina and dedicated to the Beat Generation;
2008, in Jinan, China, invited to participate to the Shandong University international Biennal of Art and Design, within the Olympic manifestations, an installation characterized by a tragic and poetic dimension, for the year of the Sichuan earthquake, for which he has been awarded the Academy Award of Art and Design: prize that confirms again the deep sense of his research veiled in poetry and spirituality and which is developing, as an artistic act, in defense of lost identities;
2008, in Paris, the work of art “The Golden Wood” realized with one hundred golden doors along the Champs Élysées;
2009, the great work of art “Save the Poetry” exposed in the windows of the Espace culturel Louis Vuitton in Paris;
2009, the light installation on the façade of the Santigo de Compostela cathedral during the Fiesta del Apóstol;
2010, in Milan, the project “Poetry. Parola d’artista” with an important retrospective in the Rotonda di Via Besana, an exhibition with the poet Adonis in Palazzo Reale, the sculpted installation “Le pietre sono parole” in Piazzetta Reale (Piazza Duomo); the homage to Fernanda Pivano with an installation in Corso Buenos Aires and the occupation of the advertising billboards in the city with “poetical posters”;
La Bienale Di Venezia; “ Genova Si Illumina di Poesia”
From his interest in Eastern Island, which first came to life in the beginning of 2004 with a study on the Rongo-Rongo alphabet, the ancient and still not deciphered Rapa Nui language, he develops a long series of works, inspired by lost unknown languages as a rediscovery of poetic and still mysterious worlds, as the Bushman one, or the symbols of the Native Americans.
In 2000 he founded the group Art Project, directed by Elena Lombardi and composed by young artists and architects with whom he realizes numerous interventions and urban installation projects.
This involvement has seen him participate to four editions of the Mostra Internazionale d’Arte La Biennale di Venezia, as well as numerous individual and collective exhibitions.
His works of art are in important museums and private collections all over the world. Important art critics, as well as poets, writers, philosophers and international cultural celebrities have written about him, increasing an important bibliographic collection on his work.